The Pandemic of 2020, Stronger Together 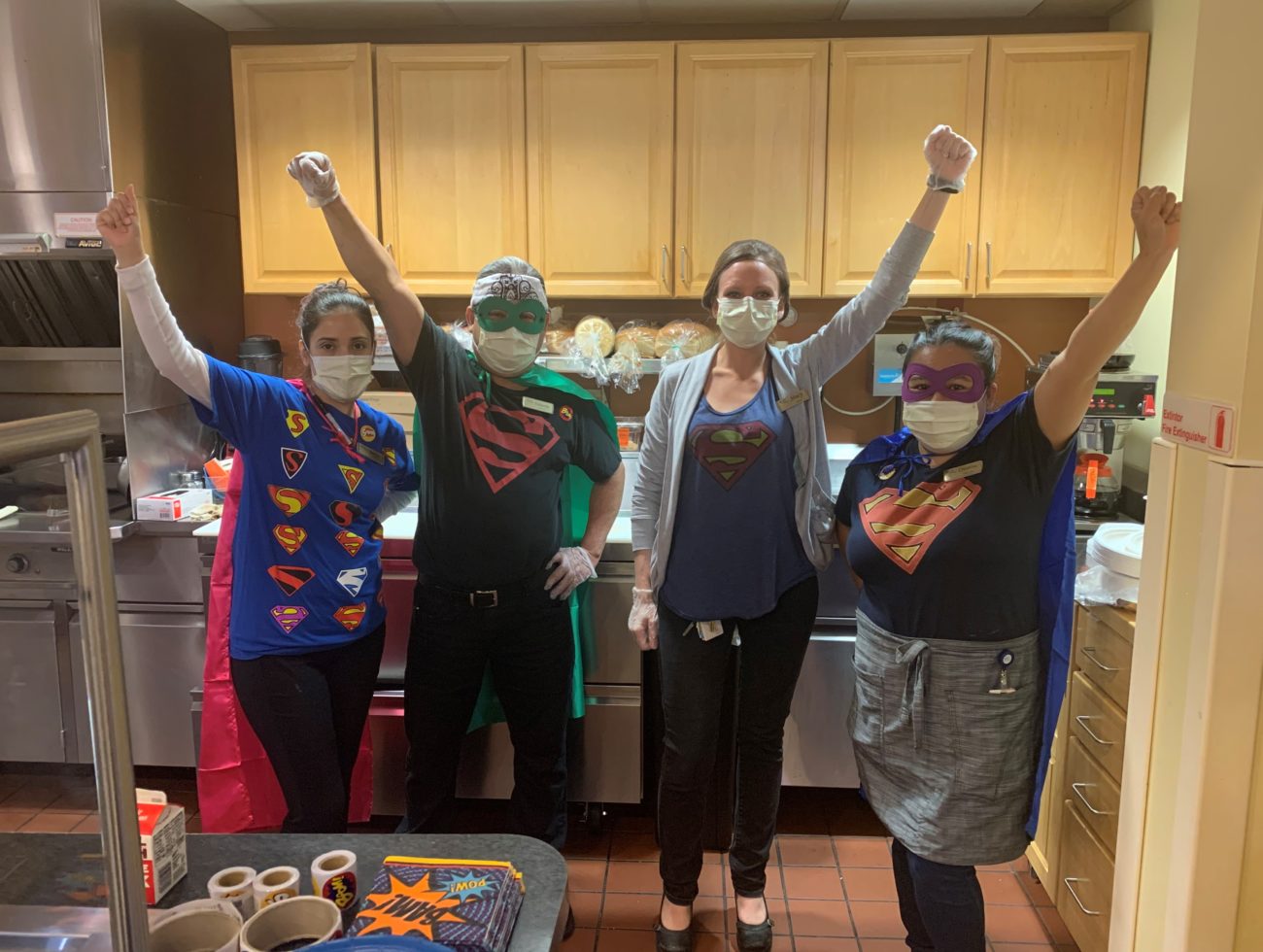 The novel coronavirus has changed life for everyone. How well individuals, organizations, cities, countries and entire economies have responded to and are weathering the pandemic is subjective and contextual; but nothing and no one has emerged unscathed, including Central Baptist Village, who lost a 20-year veteran staff member to COVID-19.

CBV is tackling the crisis by emphasizing safety, communication and compassion. “That’s in our DNA,” says Anna-Liisa LaCroix, CBV’s Administrator, “now it’s just more visible to everyone else.”

“When the alarm first sounded we did not waste any time,” CEO Dawn Mondschein says. “We formed a COVID-19 Taskforce to spearhead our response and monitor guidance from respected health care sources at the national, state and local levels. We met daily so that we could quickly customize and implement best practices for CBV’s needs,” she explains. “We routinely implemented strategies before state and federal mandates,” Mondschein adds proudly. “The Board, our Medical Director, Dr. Maureen Grosdidier, and our entire staff… we’ve all been in this together. And it’s this wholehearted support and cooperation that will see us through it.”

There were back-up plans for the back-up plans; everything from outbreak prevention to outbreak response, employee and resident morale and food service—nothing was left to chance. Staffing schedules, for example, were retooled to accommodate the extra work, but plans for emergency staffing needs were also created in the event staff tested positive and had to quarantine. All of this turned the day-to-day running of CBV upside down, beginning with supplies.

“I felt like all I did in March was order PPE,” says LaCroix. “The news out of New York was terrifying… the shortages. Everyone was scrambling to make sure they had enough PPE. It was sort of an every-man-for-himself time.” Trusting supplies would arrive was a leap of faith. “Planes weren’t flying, there were shipment delays. We were in a perpetual state of, ‘Can we get it? When will we get it? Will we be safe until then?’” Incrediby, everything arrived.

A community like CBV only operates as smoothly as it does by following well established and regulated protocols and processes. Changes to any part of such a complex system take thoughtful consideration—and time. It’s nothing short of remarkable that CBV’s team was able to adapt and modify with lightning speed. “New policy and guidance were coming at us constantly… CDC, Illinois Department of Public Health… it was overwhelming,” explains Karen Haedo, Director of Nursing. “We’d say, ‘how are we going to do that!’ And then we’d find a way to do it!”

Haedo remembers running to her office to order rolling tray tables the minute word came down that they had to close the dining rooms. “When they came, there was a whole assembly line of staff racing to put them together,” she laughs.

Pandemic or not, state regulations for running a health facility still had to be followed. Amy Crawford, Director of Social Services, details how, while working to mitigate the burgeoning anxiety of residents, families and staff, alike, her team completed mandatory cognitive and emotional health assessments for each resident, some of whom required more than one.

Becca Galuska, CBV’s Director of Life Enrichment, echoes the sentiment every staff member felt at the time—it was beyond challenging. “We got a phone call one day—‘no more groups’—and that was it,” Galuska says. “Groups!?” she shakes her head, “that’s everything we do! Nothing on our calendar of activities could be done. No pet therapy, no outside entertainers, no support groups, no group activities like Bingo or music therapy. We basically had to shut down all of our programs and rebuild them from scratch.”

Receptionists who normally welcomed visitors to the community were now charged with turning people away. “When the lockdown began, everything came to a halt,” says Pamela Yoelin, Director of Administrative Services. “No visitors… no family, friends, volunteers or school groups.” And now the front desk also had to man an employee screening station to screen staff before each shift. “I never would’ve thought how important our front desk would become,” adds Yoelin. “CBV’s success is due to our ability to adapt.”

Other administrative and non-clinical staff helped in any way they could. That spirit of solidarity, leaping in to help carry the load, is not only part of what makes CBV effective, but what renders it a special and unique work environment. “There’s such camaraderie,” Crawford says. “If someone needs something, we just rally.” Crawford couldn’t be more grateful for the tremendous staff and all the sacrifices they are making to keep the residents safe. “They are true heroes,” agrees Haedo.

Unity was crucial in the darkest moments. During the early months of testing, labs were so overwhelmed, Mondschein and LaCroix were hand-delivering coolers of test samples to the lab each day because there was no other way to get them there in a timely fashion. When results finally came back, CBV staff had to tabulate them. “The prolonged agony of poring over 500 pages of test results…” Haedo says. “It was nerve-wracking, wondering if someone would test positive! We checked and double-checked.”

Mondschein says she’ll never forget sharing the news with residents that an employee had tested positive. “I was holding back tears,” recalls Mondschein. “I remember promising the residents I would do everything possible in my power to help keep them safe.”

Mondschein’s weekly Resident Update Meetings, live-streamed from the Chapel every Wednesday, keep everyone informed. “We have nothing to hide and everything to gain by being open and honest,” says Mondschein. “Early on, daily communication was critical because things were changing so rapidly and there were so many unknowns.” Now,  regular email updates keep the community connected and empowered, she said, adding, “it is important to me for families and staff to know we are taking things very seriously and putting their safety first.” Most communications come from Rachael Telleen, CBV’s new Director of Sales and Marketing, who had just started working at CBV only a few weeks before the pandemic hit. “All I could think of,” says Telleen, “was what would I want to know if I was a family member? For them to go from visiting several times a week, sometimes daily, to not being allowed in the door was extreme.” To date, Telleen has sent nearly 300 emails. After a family member shared how his stomach dropped every time he scanned each email for the test results, she rephrased it so that the words “We do NOT have any confirmed cases” were the first thing people would see.

As for what’s next, Mary O’Connor, CBV’s Director of Culinary Services, has only one thing to say. “I want the residents back in my dining rooms!”