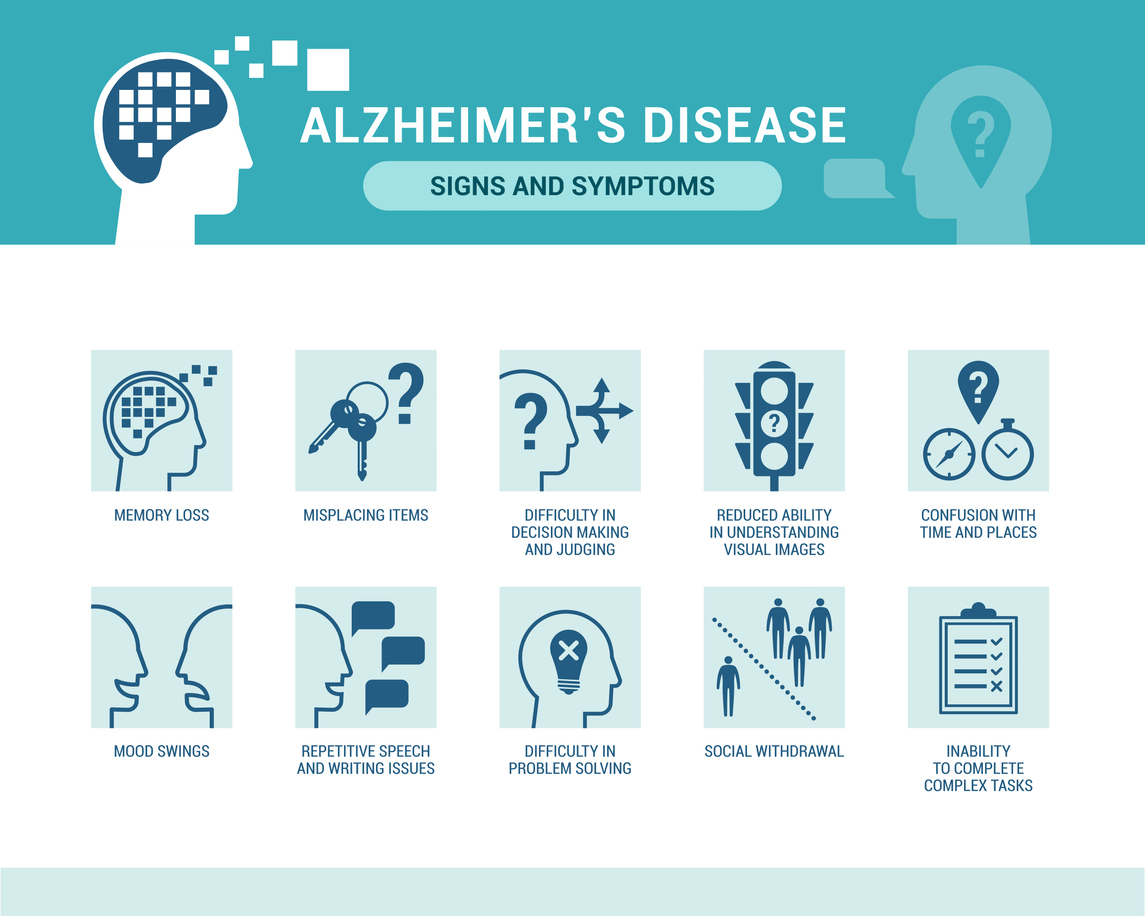 Alzheimer’s disease typically progresses slowly in three general stages: early, middle, and late. Since the stages of Alzheimer’s disease affect people in different ways, each person may experience symptoms – or progress through the stages – differently. The stages below provide an overall idea of how abilities change once symptoms appear and should only be used as a general guide. (Dementia is a general term to describe the symptoms of mental decline that accompany Alzheimer’s and other brain diseases.)

A person may still function independently but may feel as if he or she is having memory lapses. Symptoms may not be widely apparent, but family and friends may notice changes.

This is the longest state and where symptoms become more pronounced. The person may confuse words, get angry, or act in unexpected ways.