WWII veterans united in service, now together at CBV 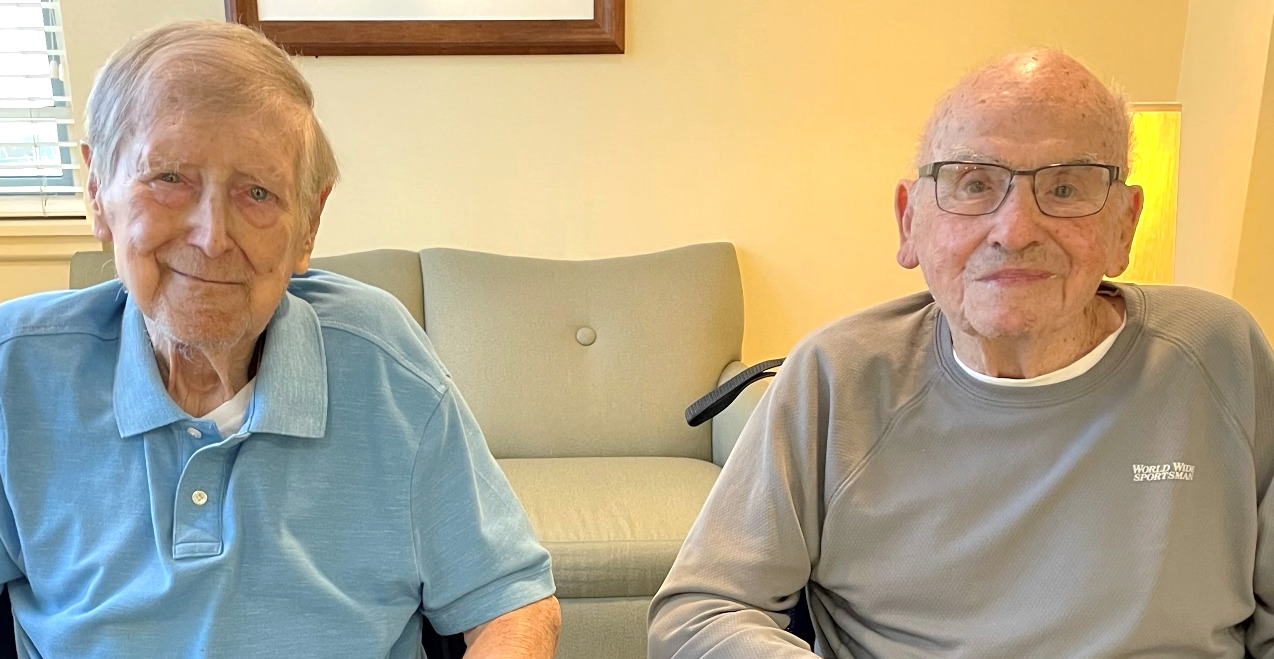 Jack Schwarz and Calvin Clements are two of the 25 military veterans living at CBV. Although they didn’t know it at the time, these men’s lives have run very parallel courses. Born just four months apart in 1925 and serving in the Navy during World War II, both Jack and Calvin are inspiring examples of patriotism and service.

When young men in his neighborhood were being called up, Jack went to the local draft board to ask why he had not received his orders yet. He discovered that his folder had fallen behind a filing cabinet.  He eventually received his orders from the Navy, but before he departed, his mother insisted on a picture with him in case he did not return.

While on duty in Okinawa, Jack shot down an enemy plane seconds before it was about to smash into his ship.

Calvin enlisted in the Navy with full knowledge that his father had suffered lingering injuries from being gassed while fighting in France during World War I.  His father passed away when he was just 56 years old; Calvin was at sea in Europe so couldn’t attend the funeral. Calvin’s brother would later die from a fire caused by a plane crash on an aircraft carrier he was aboard during a tour of duty, leaving behind a wife and son.

Both Jack and Calvin consider it an honor to have served their country and are grateful to God for his protection and provision. Who would have imagined that two men born the same year and serving in the same military branch during the same war would make CBV their home for life?!  Jack and Calvin and all our veterans, we salute you!