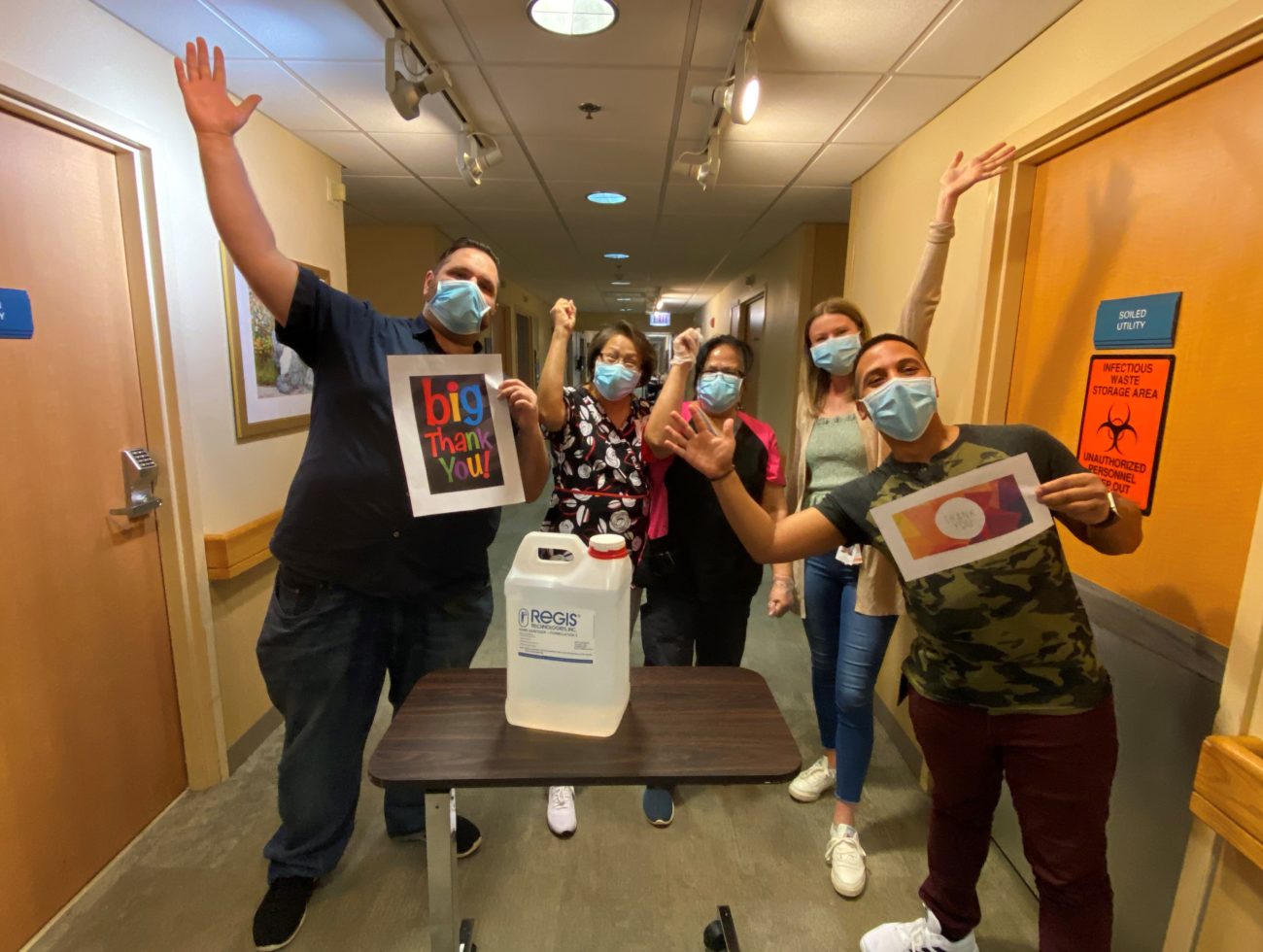 In skilled nursing centers and continuing care retirement communities across the country, the potential remains high for a major outbreak due to the close caregiver contact, communal spaces and relative density of the living arrangements.

Fighting COVID-19 means not only preventing an outbreak, but also being prepared to contain it.

Two containment centers that could each accommodate 14 patients were created in the Pavilion’s first- and second-floor dining rooms. CBV staff paid meticulous attention to the details, figuring out everything from how meals would be delivered to how garbage would be removed to creating activity kits for the residents filled with items like brain games, crossword puzzles and coloring books. Nurses assigned to the units would not be able to come and go, but would remain inside with COVID-positive residents for an entire shift, so everything they needed to provide care had to be in the unit in advance, such as medical carts, supplies, charts, cleaning supplies and disinfectant. It took over 200 hours to plan and create the two containment centers.

At the time of this writing, CBV has been very fortunate that only one of the containment centers has been used. In June, two female residents, one 86 and the other 96, tested positive and spent close to three weeks in the first-floor unit. Both fully recovered. “The first week was really tough,” says Karen Panaguiton, our first nurse to enter the containment center, along with the Director of Nursing, Karen Haedo. “It felt like I was going into battle when I had put on all of the PPE,” she says. “I was very, very nervous. I take care of my parents, and I didn’t want to give them the virus,” she explains. “But my residents and me, we’re like a family, too. And this is my calling.”

Ian Verano, a CBV nurse and former marine, agrees. “This has been more stressful than the Marines. It was scary, at first,” Verano admits. “It’s hot and hard to breathe with all of the PPE on and you wear it for 8-16 hours.” Verano’s brother, Calvin, is also an RN at CBV who also worked in the containment unit. For the three weeks they cared for the two COVID-positive residents, the brothers both self-isolated from their families when not at CBV.

“We know who we’re doing it for, that’s our motivation,” says Ian Verano, pausing. “If I had to wear a Hazmat suit, I’d do it for my residents.”

Because the nurses’ faces were always obscured by the N95 mask, large plastic face shields and hair covering, it meant the residents couldn’t see the nurses’ faces, or smiles. “It’s so important that residents see your face,” Verano explains. He works in the memory care wing of the Pavilion and is deeply aware of the importance of connecting with residents. Panaguiton put her name on a post-it and stuck it to the shield so the women would know who she was, “but they recognized my voice!” she says. “That brought tears to my eyes.”