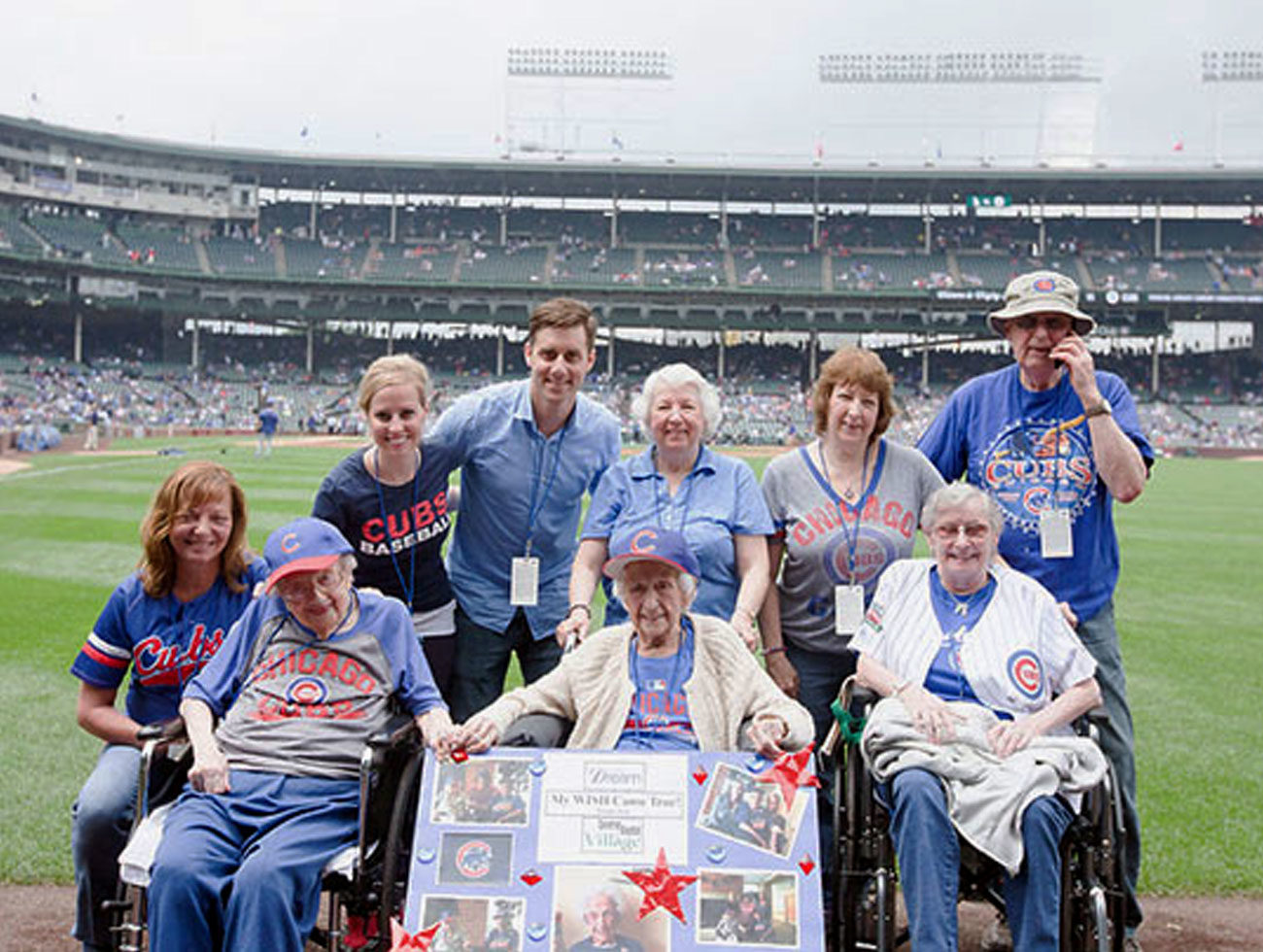 Louise has lived on the north side of Chicago for most of her life, and has always been a diehard fan of the Chicago Cubs. Her father took Louise and her four sisters to Cubs games growing up whenever he could afford it. As an adult, Louise was able to go more frequently because she could attend Ladies’ Day on Fridays for just 25 cents!

She doesn’t miss a game on TV, but says nothing’s like being there in person.

Louise’s dream was to go back one more time. She said she’d also love to see her name up high on the board, and that she’d love to bring her roommate and best friend, 97-year old Lori Burocki, who is also a Cubs fan. She said, “I know it’s a stretch, but it could be my last chance to catch a game, and I’ve been a true and dedicated fan all my life.”